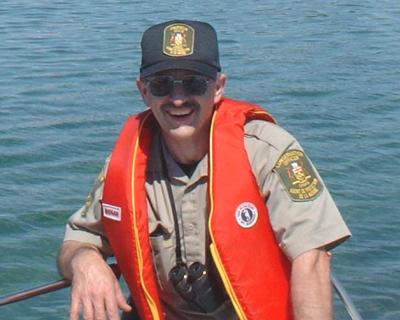 Four MNR staff were killed in a helicopter crash approximately 80 km north of Sault Ste. Marie on Tuesday, January 21, 2003. They were carrying out an aerial survey of moose populations when their helicopter went down.

“I was deeply saddened to learn of the tragic deaths of four highly respected MNR employees,” said Ontario Premier Ernie Eves. “This is a terrible tragedy. My thoughts and prayers are with the family, friends and colleagues of those who died.”

At the funeral service on January 27, along with a church filled with family, friends an co-workers, Walter was paid tribute by two-hundred uniformed natural resources and police officers from Canada and the United States, and an Honour Guard of Ontario Conservation Officers.