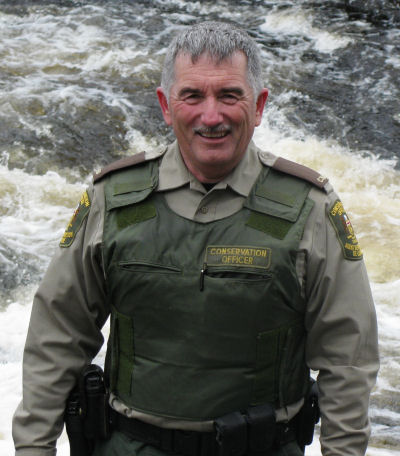 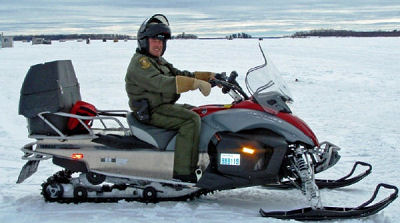 Bill Clark was nominated for the award by his peers, and his nomination was also endorsed by 9 fellow officers, a member of the Ontario Provincial Police and the Chief of a local First Nation. Bill was selected to receive the award by a provincial committee comprised of natural resources law enforcement staff, including representatives of the Ontario Conservation Officer’s Association.

The number of testimonials and letters of support for Bill’s nomination is reflective of how well respected he is by his peers and leaders within his community.

Bill has spent most of his career as a Conservation Officer working out of the Sturgeon Falls Office in North Bay District. To quote a note from the nomination, “Sturgeon Falls is Bill’s home town. Many officers, including myself, wouldn’t want to work in their home town. Bill chose to work in his home town. Right from the beginning of his career as a conservation officer, Bill showed the people of Sturgeon Falls and area that he was a professional law enforcement officer treating all people equally and with respect while enforcing the law fairly. It wasn’t long before that professional attitude started paying dividends.” 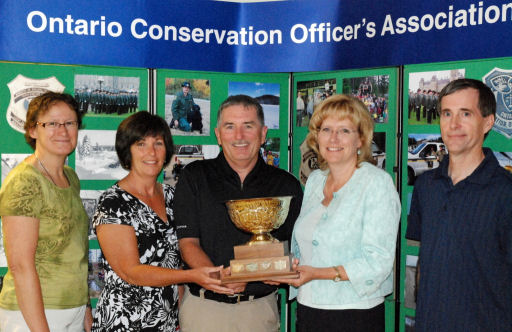 Officer Clark was one of 76 Conservation Officers who were recognized with a Peace Officer Exemplary Service Medal this past year. The official awards ceremony took place at the annual OCOA Conference held in Barrie, August 12th to 14th. The Honourable Linda Jeffrey, Minister of Natural Resources attended the conference and made the awards presentation to Bill.

The Officer of the Year Award acknowledges officers like Bill, that have demonstrated the highest level of dedication and professionalism amongst our ranks and pays tribute to the high quality of Conservation Officers we have in the Enforcement Branch.

Please join us in congratulating Bill Clark as our 2010 Conservation Officer of the Year!