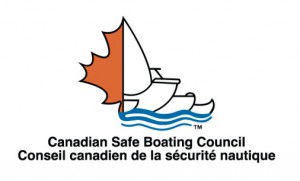 September 17th, 2018 – Toronto, ON — Boating in the fall offers colourful vistas, quiet anchorages and excellent fishing but it is not without its challenges that necessitate self-sufficiency and taking some additional precautions to keep from running into trouble.

The Canadian Safe Boating Council (CSBC) and the Ontario Conservation Officers Association (OCOA) want to remind all boaters enjoying the fall season on the water to follow these tips to ensure that their excursions are both safe and enjoyable.

Before heading out, be sure to check the weather forecast. The mixing of warm and cold air can quickly spawn high winds and waves making it treacherous for small boats.  Fog, too, is an issue at this time of year making visibility difficult.  Should boaters find themselves in a fog bank, they should proceed slowly and sound their horn at regular intervals to alert other boaters of their presence.

Well into October, daytime temperatures can occasionally be balmy but dressing for the water temperature will help slow the onset of hypothermia should the unexpected happen and the boater find himself in the water.    Accidental cold water immersion can be shocking, but people shouldn’t panic.  It may take a minute or so to get their breathing under control after the initial shock but they will have at least 10-15 minutes, even in very cold water, to affect self-rescue before they start to lose muscle control in their arms and legs.  This is where an approved life jacket, either inflatable or inherently buoyant, is an essential part of a boater’s wardrobe to keep them afloat after they can no longer swim.

In the fall, there are fewer other boats on the water to offer assistance, if needed. Boaters should be sure to leave a float plan with a responsible person on shore who will know what to do if they’re overdue.  A marine radio or cell phone will allow them to call for assistance should the need arise.  Having a few tools and spare parts aboard will also allow them to fix minor problems that might otherwise cause them to be stranded out on the water.

It’s important that boaters ensure that their boat and engine are in good shape and mechanically sound.   Ethanol-based fuel can allow water contamination in the tank.  The use of a fuel additive prevents water in the fuel line from freezing which could cause the engine to chug to a halt.  If the boat has portable fuel tanks, it’s a good idea to have a spare on board as a reserve.

When boaters head out, they should be wary of reduced water levels that can result after a long, hot and dry summer season.  Some of a boater’s favourite shallow water fishing holes may be inaccessible at this time of year.  Also, while underway, they should keep a sharp lookout for debris and chunks of ice that could penetrate the boat’s hull at speed.

“Spectacular colours, peaceful solitude and the crispness of the air make boating in the fall a wondrous experience,” says John Gullick, Chair of the Canadian Safe Boating Council. “To make the most of this experience safely, however, boaters need to be extra diligent in their preparations before departing. Most important of these are checking the weather, dressing for the water temperature, wearing a life jacket and leaving a float plan with a responsible person on shore who can call for help should the need arise.”

“Our members always wear their PFDs when on patrol,” says OCOA President Sean Cronsberry, “I strongly encourage everyone to wear their PFD or life jacket while on the water, whether they are hunting, fishing or trapping, especially this time of year with the dropping in water temperature.”

“To Ontario’s hunters using a vessel to access their blind or stand and to the angler trying to catch a big fish may be the goal, but making it home safely should be the top priority when on the water.”

Now that fall is here, boaters should make the most of what’s left of the boating season before the cold weather hits. By exercising a little caution and an ability to be self-sufficient when out on the water, they can more fully enjoy nature’s splendour and quiet waterways.  Visit www.csbc.ca for more tips on boating safety.