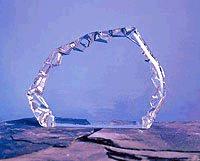 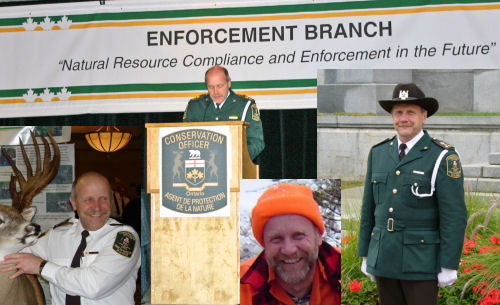 For Exemplifying Leadership, Integrity, Belief, Passion and Trust in All his Professional Relationships and Endeavours

It is with great pleasure that, as a nomination team, we speak to the excellent leadership qualities of the late Serge Tenaglia. Much of the substance of this application comes from the many testimonials submitted in support.

Serge lived integrity, respect and accountability, both as a leader in this organization and as an individual. Integrity is defined in The Concise Oxford Dictionary as “wholesomeness, soundness, uprightness, honesty.” One of Serge’s peers describes how “his integrity and fortitude brought people through difficult situations, more often than not aligned with him.” No more difficult a situation was encountered than when the ministry tragically lost four of our colleagues in the helicopter accident in 2003. For all that he was emotionally affected by the loss, Serge, while District Manager of SSM, worked tirelessly to support the families and ministry staff in the days and weeks following the event. He did not allow concern for potential legal or other outcomes impact the support he provided across the board, or the leadership that he employed during that time. There was never a clearer demonstration of the ‘soundness’ and ‘uprightness’ of his character.

It is stated that his “greatest characteristic was his strength of character” which, for the ministry, meant that he never lost sight of his goals or allowed inappropriate considerations cloud his judgment, even when his popularity was at risk. By this deportment he earned the respect of those around him. For those of us fortunate enough to work closely with him, our respect for his methods grew daily. He had an ability and willingness to meet people ‘where they were’ and then move forward together. He sought first to understand and then to be understood, and he was not afraid of confrontation and turning it to a positive. To cap it off, he was both funny and humble. A typical demonstration of both qualities was when, prior to speaking at an event, he presented his C.V as “I am a middle aged, slightly balding guy.” The respect he fostered was far-reaching. At a recent trappers association meeting in Red Lake a moment of silence was held for Serge and two deceased trappers.

Some people talk about accountability, others live it. While Serge was not a big talker, his commitment to the principle of accountability permeated everything he did. Accountability was what he expected of the organization. For example, he promoted quality audits, of the program, of his and others’ management practices and policies. Even before the implementation of the new Enforcement Branch structure he was figuring out how we were going to ensure and measure that it met its goals. Nor was he afraid to be held accountable by others. He ensured that the review of the performance of the new Branch would be by those outside the branch. In addition he was instrumental in creating the Corporate Compliance Governance Office – the key mandate of which is to ensure transparency and accountability to the public of ministry inspection, investigation and enforcement activity. This office is the first of its kind within the Ontario regulatory agencies. And he held others accountable. He was never afraid to call something as he saw it, and most often he was right. Even still, he tried to speak his truth in as human a way as possible while still holding true to the principle at issue and supporting improvement. One testimonial describes how he would call, unsolicited, unsuccessful candidates after interviews with a view to making sure they had the feedback they needed to succeed next time. In his desire to hold himself accountable he never stopped his own learning and measuring, and had an attitude that he, like others, could keep getting better. An example of this commitment is his graduation from the York University Executive Program in 2002.

Serge was a master at anticipating and shaping new directions to move the ministry’s vision forward and he was also a champion of ‘firsts.’ In addition to the accomplishments mentioned elsewhere in this application, he adds to his list of successes, the leading of efforts toward shaping the needs of stakeholders via development of the first Sustainable Forest Licence (SFL) – an accomplishment that set the way for the SFL process which is now the standard in the industry. As well, while a manager in the Forest Industry Relations Branch he addressed particularly nagging problems in wood allocation and distribution with a goal to personally improve these resource management issues.

His impact on aboriginal peoples and communities was similarly cutting edge. You will see in the review of testimonials the appreciation the Mississauga First Nation expresses for the work he did spearheading the first Aboriginal Conservation Officer program with them, which was no small task as it required, amongst other things, seeking cooperative funding from a number of sources. This program is one that others are now trying to emulate. Another testimonial describes how Serge helped shape other new directions in the area of aboriginal relations by, for example, supporting the regional aboriginal strategy and in doing so raising it to a level where it was provincially recognized, even though it was not incumbent upon him to do so and he had no direct responsibility for the program.

His tenacity in the face of seemingly insurmountable odds to the benefit of the government and the people of Ontario has been demonstrated time and again in the work he has done in the ministry. For example, as the community of Elliot Lake tried to sustain themselves following the mine closure, Serge championed the preparation and passing of the Elliott Lake Cottage Lot Development Act that paved the way for what in now a very successful cottage initiative in that area.

In 1991 he received the Ontario Provincial Police Commissioner’s Citation which recognized the “invaluable assistance and support the OPP have received from you and the Ministry of Natural Resources personnel under your supervision” and in 1992 he received the Public Administration of Canada Gold Award on behalf of the Wawa District where he was the District Manager for the work he did with the Magpie Co-Management Committee and the Remote Tourism Industry. This is the highest award in Canada for innovative management in public administration. The Dedication by the Honourable C.J. (Bud) Wildman said it all: “Without your efforts and those of our partners it simply wouldn’t have been possible. Thank you!”

More recently Serge led the way in the Field Services Division Transformation by remodelling the way Enforcement is structured in the Ministry. In so doing he has set the stage for a strengthening of compliance and enforcement across the province. His ability to make change and deliver results was second to none and was demonstrated again so clearly when, on September 25, 2005, the 1-888-TIPS-MNR line was launched. It took Serge just one year to develop a program that will benefit all Ontarians now and in future.

Under Serge’s leadership it seemed all things were possible. His legacy is set and it will be for us to continue his vision. His strength and leadership in this regard will be sorely missed.