In recognition of the Committee’s ability to fulfill the hopes of numerous groups sharing interests in the Grand River ecosystem and its renowned brown trout population. 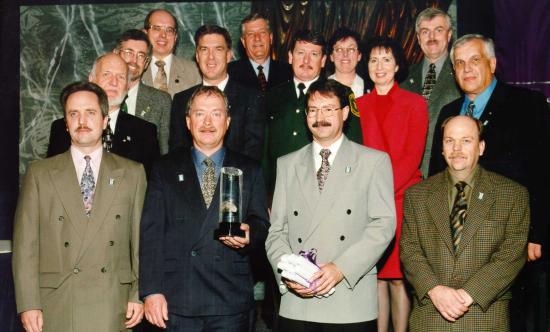 The Amethyst Award presented Ontario Public Servants was established in 1993 and designed to recognize outstanding achievements by people, not programs, in the Ontario Public Service (OPS). These are people who have extended themselves, whether in creating a whole new way of delivering a service, developing time and money-saving technology, or showing extraordinary professionalism and care in performing their daily tasks.