This award is presented annually by the OCOA to a second year Fish and Wildlife student at Sault College in Sault Ste. Marie, Ontario.  This institution has been one of the the training grounds for Ontario Conservation Officers and other natural resources professionals for many years. 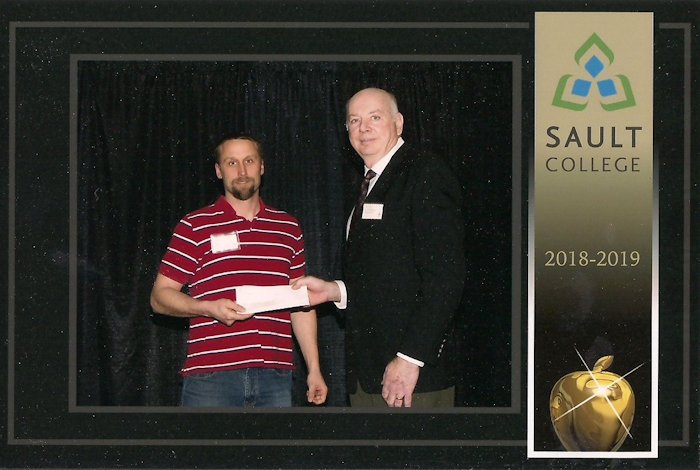 Criteria: Awarded to a graduating second year Fish & Wildlife Conservation student who demonstrates integrity and leadership in the application of fish and wildlife management principles to the field of law enforcement. The student has indicated a career direction in the field of Natural Resources Law Enforcement, is knowledgeable in the field of fish and wildlife identification and management, a demonstrated ability to apply this knowledge to the field of Natural Resources Law Enforcement, and a willingness to freely share and assist peers and students in comprehending this information.  Minimum 2.5 GPA.

The “Ceolin Award” is named in houour of Conservation Officer Walter Ceolin (1950-2003).

Officer Ceolin was tragically killed in a helicopter accident on January 22  2003. This bursary is to celebrate and honour a person who brought so many positive characteristics to the occupation of an Ontario Conservation Officer.

Walter graduated from Sir Sandford Fleming College in 1972.  Twenty eight years of his career as a Conservation Officer were spent in the Sault Ste Marie area. Walter excelled at many things because he never stopped teaching himself new skills or researching to acquire new information. It takes more than the ability to lay a ticket to protect the resources of this province.  Natural Resources law enforcement is knowledge based, for example knowing why seasons are in place, the biology of the plants and wildlife, the views of society as well as special interest groups and knowing the political climate. With all this in mind, at the end of the day you still must be able to stand-by for your beliefs. These are all part of the job. Walter was doing long term enforcement planning and intelligence based investigations long before they became main stream techniques. Walter was always willing to share his wide range of knowledge or unselfishly assist another officer. He never expected anything in return.  Two things come to mind from the helicopter accident, Walter could have been enjoying retirement and he had volunteered to take someone else’s place as the navigator. He was dedicated to the cause. To the end, Walter Ceolin was doing what he loved to do.

We congratulate the following recipients of the OCOA’s “Ceolin Award”:

Recipients are selected by faculty, with student input. Plaques are presented at the college Awards banquet in Spring.