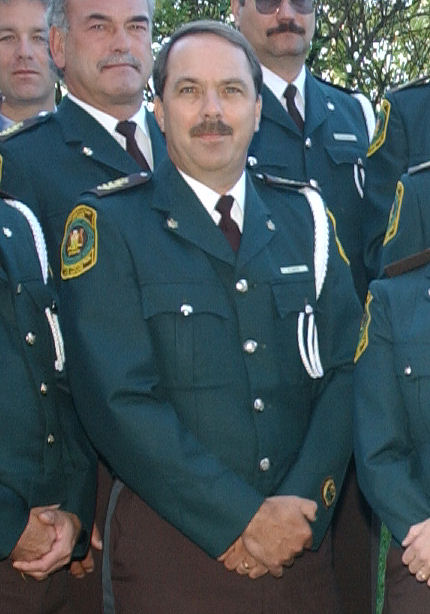 Dan Smith began his career as a Conservation Officer in 1978, in the former Cambridge District. Dan has worked in Petrolia, Chatham, Lake Huron, Lambton County, Minden and for the last eight years, Dan has worked as the District Enforcement Supervisor in Bancroft District.

Below are just a few of Dan’s major accomplishments, as presented in his nomination submission:

“Dan is also a leader when it comes to innovation and addressing enforcement needs for his team and the province. Dan often comes up with new innovative ways of not only ensuring appropriate financial penalties awarded through the courts but also finding ways to contribute to our resource management programs. For example, Dan was instrumental in having a $5000 court order fine given to support a local high school’s environmental program (who in turn assists with various resource management programs).” “As a supervisor, he has also shown great initiative by creating new ways or methods of doing things that often get incorporated into other Districts such as; ” an Area Compliance Operations Plan and Enforcement Activity Schedule ” an Occurrence System and ” a mapping project utilizing GIS for enforcement.” 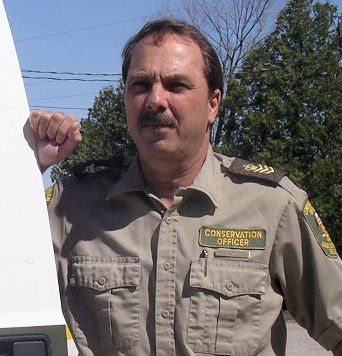 “Dan’s passion for natural resource law enforcement is evident in both his work ethic and the pride he takes in his career. Dan tirelessly promotes the enforcement program within MNR, to external agencies and the general public. He maintains open lines of communication with local and provincial media which promotes wildlife conservation and the enforcement program. Dan provides timely news releases to local media which often are the lead stories of the day.”

“The OCOA began in 1979, when a group of dedicated and concerned Conservation Officers first met in the basement of the Leslie M. Frost Natural Resource Centre near Dorset, Ontario. Dan Smith was part of this concerned group of Officer’s. Dan has been a regular member of the OCOA ever since.” 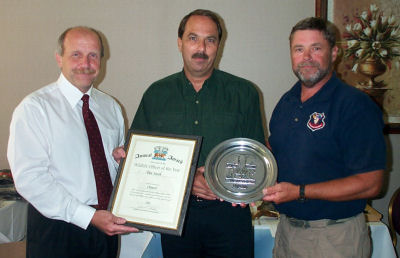 The Officer of the Year Award was established to acknowledge the outstanding efforts and contributions of our Conservation Officers and both the MNR and OCOA are proud to have Officers such as Dan Smith working for the Ontario Ministry of Natural Resources Enforcement Program.